The Fox
and the Grapes 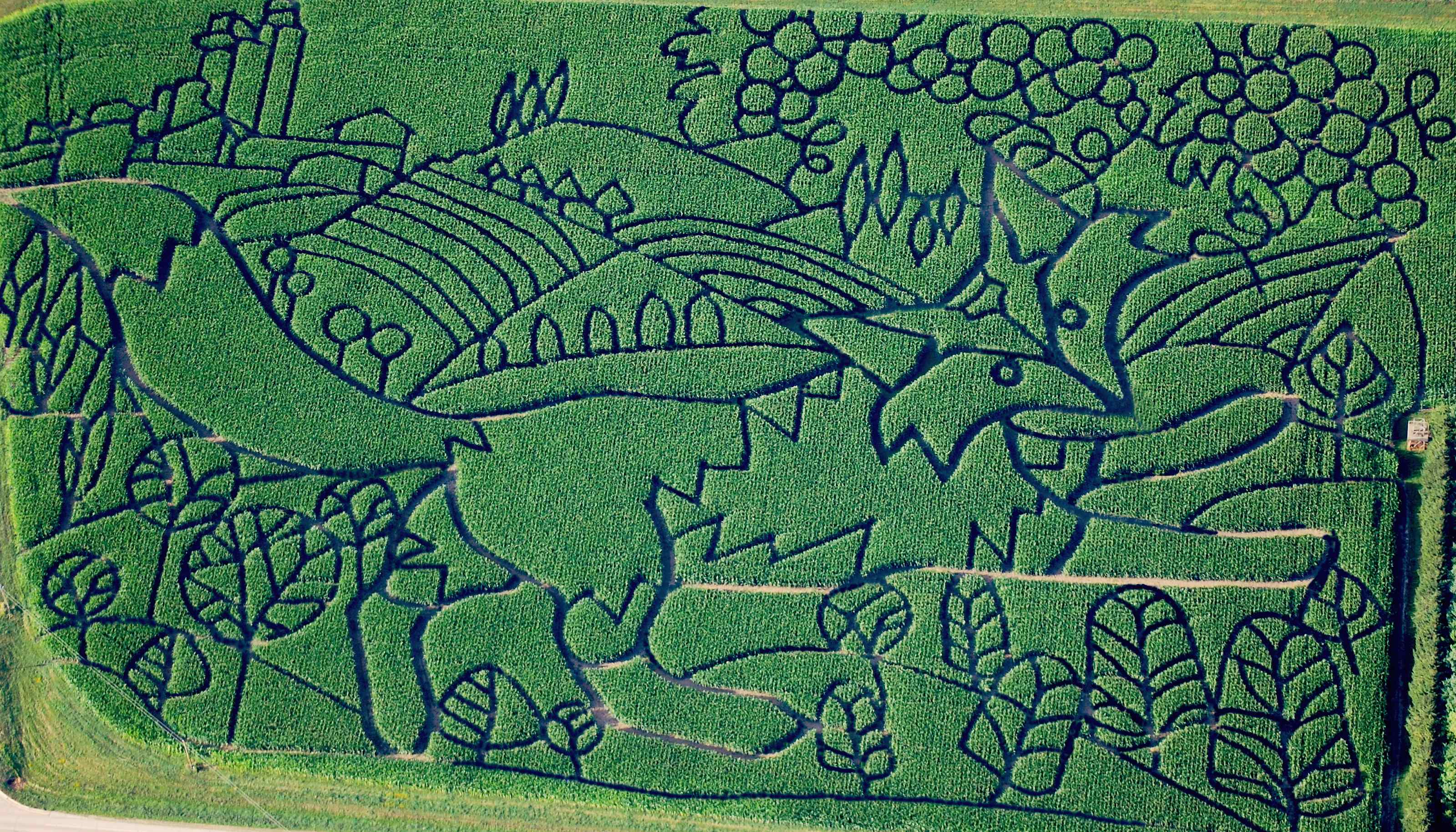 The Fox and the Grapes 2015 Corn Maze

The Fox and the Grapes 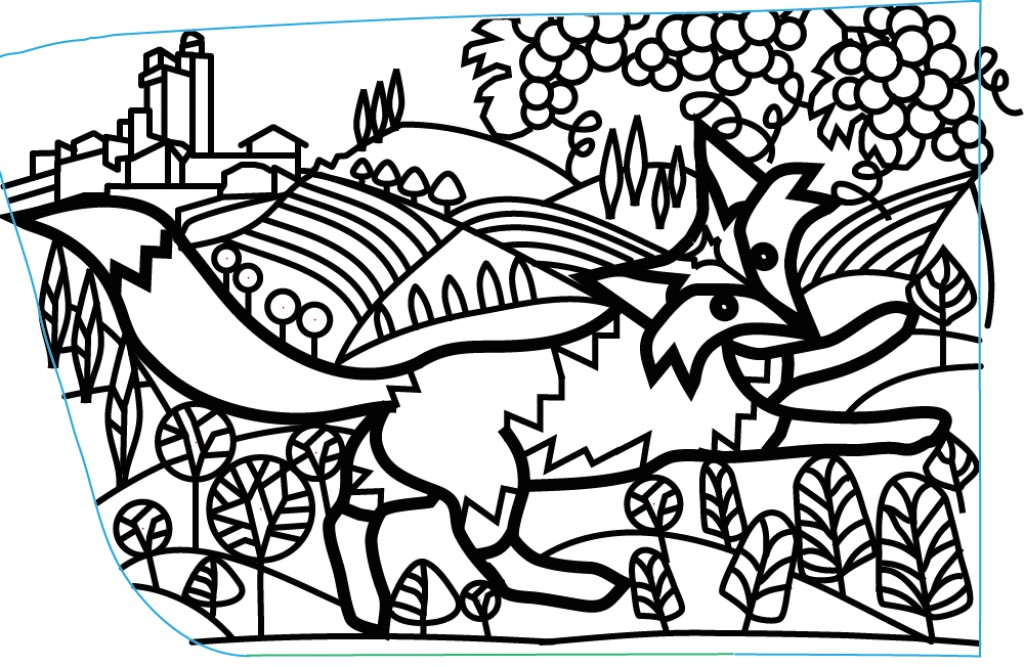 This year’s maze is based on the Aesop’s Fable, The Fox and the Grapes. But our adorable little fox doesn’t seem too sad that he can’t reach the grapes, maybe because he is prancing through beautiful Tuscan vineyards and olive groves near the medieval hilltop town of San Gimignano. The maze design theme gives us a chance each year to delve into interesting topics. Inspirations for this year’s maze include: 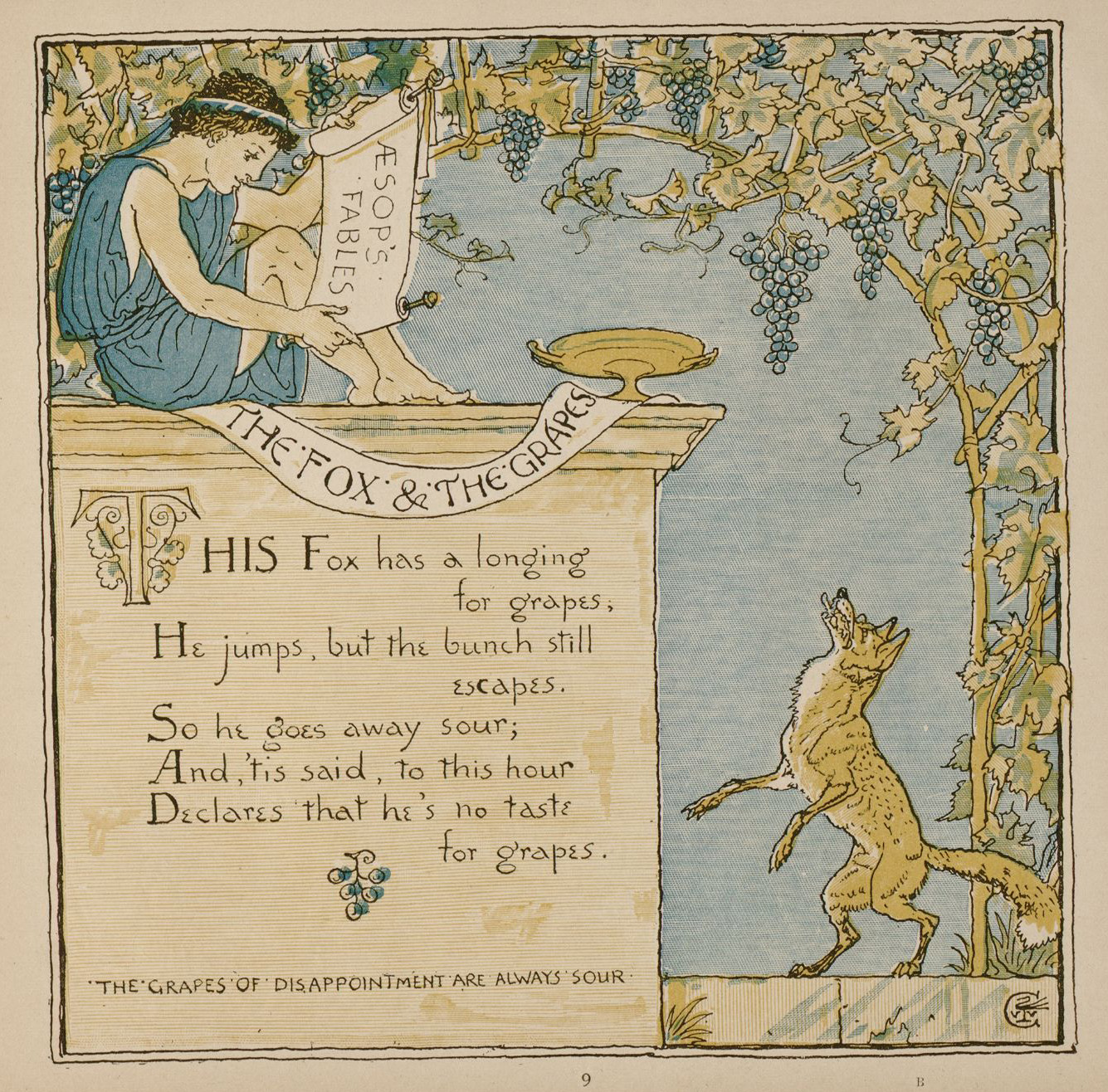 The Fox and the Grapes

A Fox one day spied a beautiful bunch of ripe grapes hanging from a vine trained along the branches of a tree. The grapes seemed ready to burst with juice, and the Fox’s mouth watered as he gazed longingly at them.

The bunch hung from a high branch, and the Fox had to jump for it. The first time he jumped he missed it by a long way. So he walked off a short distance and took a running leap at it, only to fall short once more.

Again and again he tried, but in vain. Now he sat down and looked at the grapes in disgust.

“What a fool I am,” he said. “Here I am wearing myself out to get a bunch of sour grapes that are not worth gaping for.” And off he walked very, very scornfully.

Moral: There are many who pretend to despise and belittle that which is beyond their reach.

The Tortoise
and the Hare

The Tortoise and the Hare

Not everyone’s ready for the big maze challenge, but take some time to explore our much smaller Children’s maze. You’ll get just a little lost, and you can play the Finger Fun Game while you’re in there. 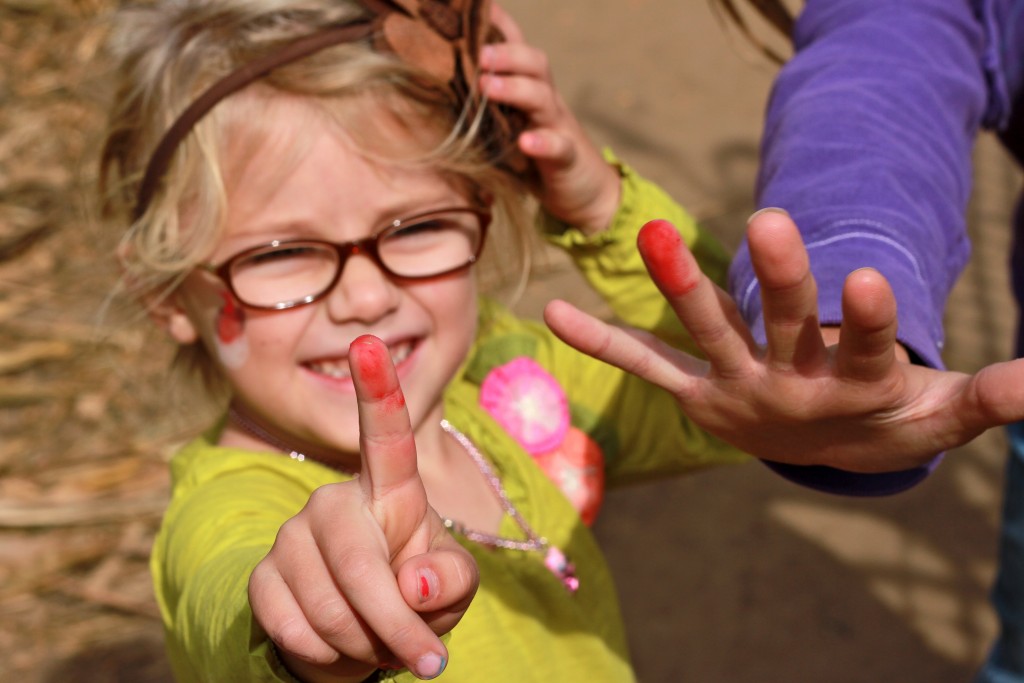 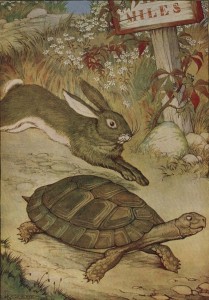 The Tortoise and the Hare

A Hare was making fun of the Tortoise one day for being so slow.

“Do you ever get anywhere?” he asked with a mocking laugh.

“Yes,” replied the Tortoise, “and I get there sooner than you think. I’ll run you a race and prove it.”

The Hare was much amused at the idea of running a race with the Tortoise, but for the fun of the thing he agreed. So the Fox, who had consented to act as judge, marked the distance and started the runners off.

The Hare was soon far out of sight, and to make the Tortoise feel very deeply how ridiculous it was for him to try a race with a Hare, he lay down beside the course to take a nap until the Tortoise should catch up. The Tortoise meanwhile kept going slowly but steadily, and, after a time, passed the place where the Hare was sleeping.

But the Hare slept on very peacefully; and when at last he did wake up, the Tortoise was near the goal. The Hare now ran his swiftest, but he could not overtake the Tortoise in time.

Moral: The race is not always to the swift. 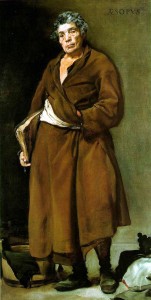 Aesop’s Fables are credited to Aesop, a slave and storyteller believed to have lived in ancient Greece between 620 and 560 BCE. You’ll recognize some of the most famous: The Fox and the Grapes; The Tortoise and the Hare; The Ant and the Grasshopper; The Boy Who Cried Wolf;  The Goose That Laid the Golden Egg;  The Town Mouse and the Country Mouse. His stories always concluded with a moral.

What is a Treinen Farm Corn Maze?