pick your own, at the

Over twenty varieties of pumpkins

We have three pumpkin patches within easy walking distance as well as pre-picked pumpkins to choose from. Grab a wheelbarrow or pumpkin wagon and find the perfect pumpkin.

Bigger Pumpkin Patch (three acres) — a five minute walk from the entrance. Follow the gravel path along the pond 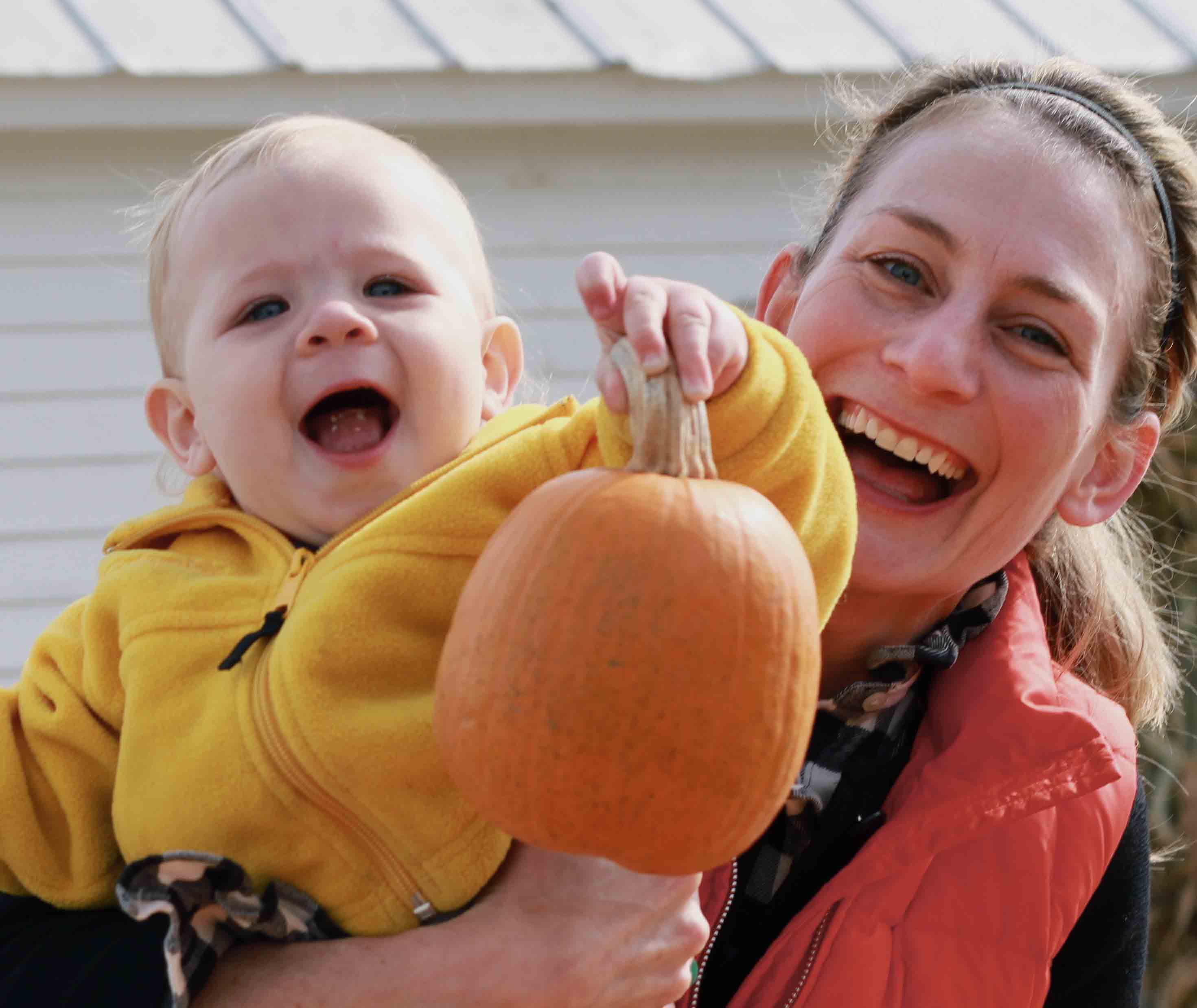 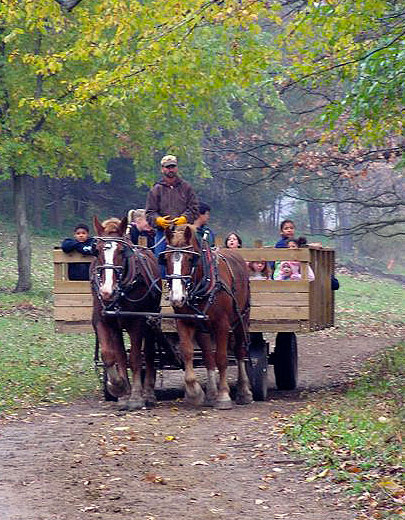 COVID -19 Notice: we are not offering wagon rides wagon rides this year due to the need for social distancing.

Take a hayride to the Big Pumpkin Patch

Climb into the wagon, find your spot on the blanket of hay, and listen to the driver tell you about the farm. Explore acres of tangled vines laden with pumpkins of every shape and size. We have over 25 varieties, from baby pumpkins that fit in the palm of your hand to giants to monsters that will challenge the strongest member of your group.

Our gentle giant draft horses will pull the hayride wagon for an authentic experience. 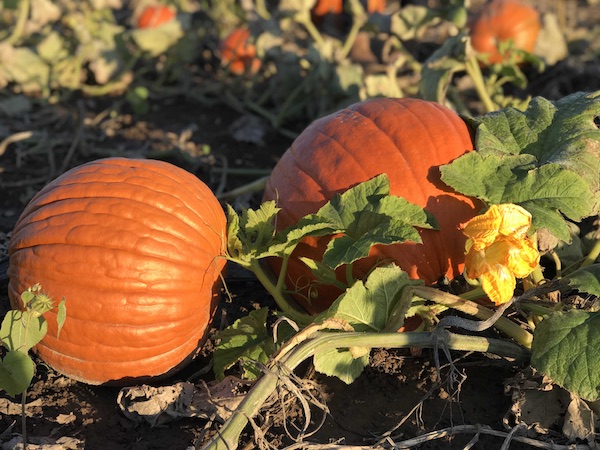 Treinen Rule #1 – Everyone must carry their own pumpkin 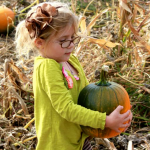 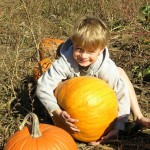 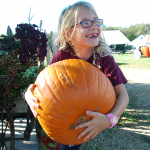 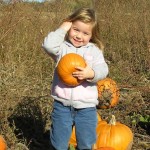 How to choose a pumpkin 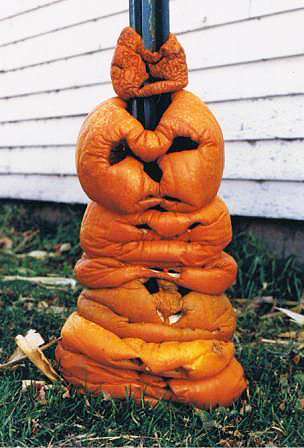 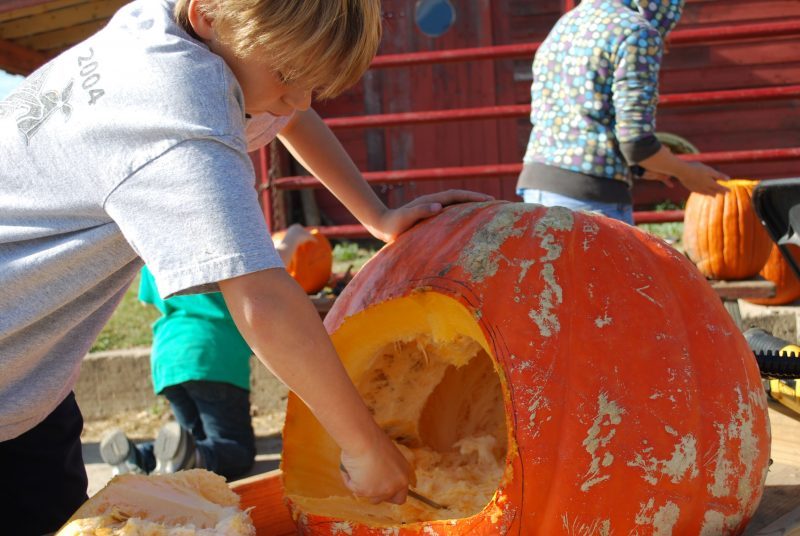 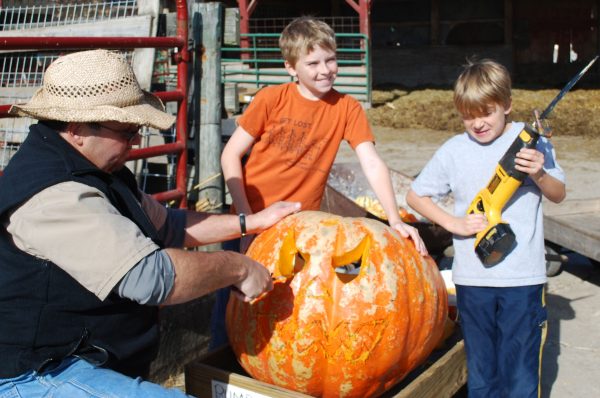 For thousands of years, people have been scooping out gourds, turnips, beets, and potatoes, and putting candles inside them to use as lanterns.  In the British Isles, the flickering lights of the lanterns reminded people of the ghostly lights that hovered at over peat bogs and marshes at night.  The people called the lights will-o’-the-wisp, pixie light, friar’s lantern, hinkypunk, corpse candle, hobby lantern, rolling fire, fool’s fire, and jack-o’-lantern.

British immigrants to America brought their customs with them.  All Hallows Eve became Halloween, and pumpkins became the vegetable of choice for carving jack-o’-lanterns. Today’s trick-or-treaters don’t carry real grinning jack-o’-lanterns from door to door, but they are often greeted by their glowing apparitions on their neighbors’ porches, carved into scary faces, cheerful faces, funny faces, movie stars, presidential candidates, symbols, logos… And we still put lights inside them. 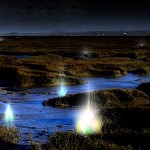 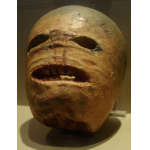 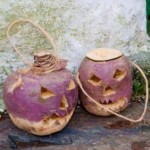 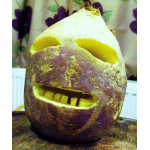