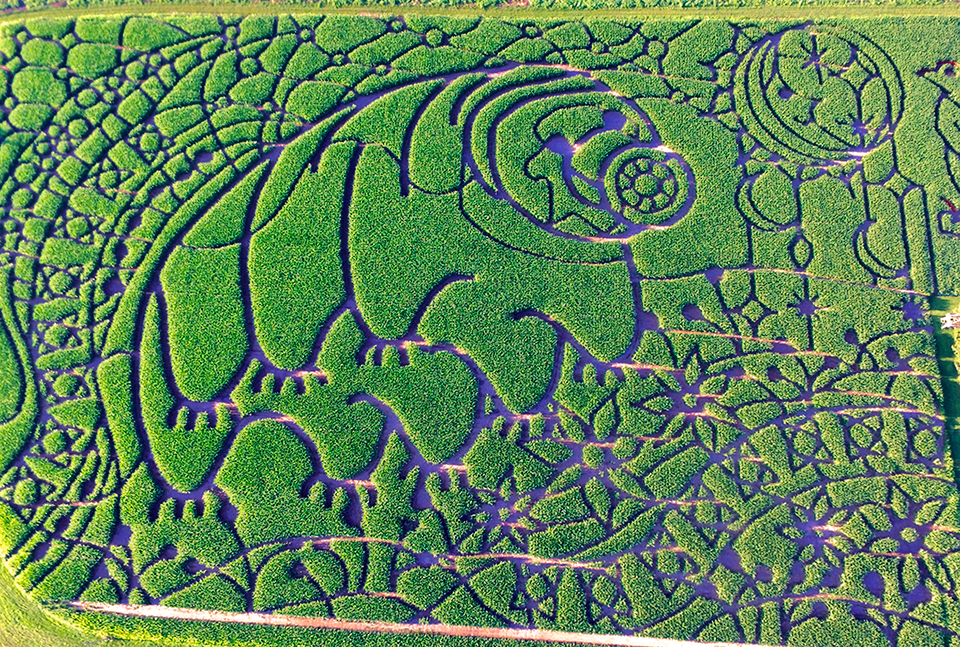 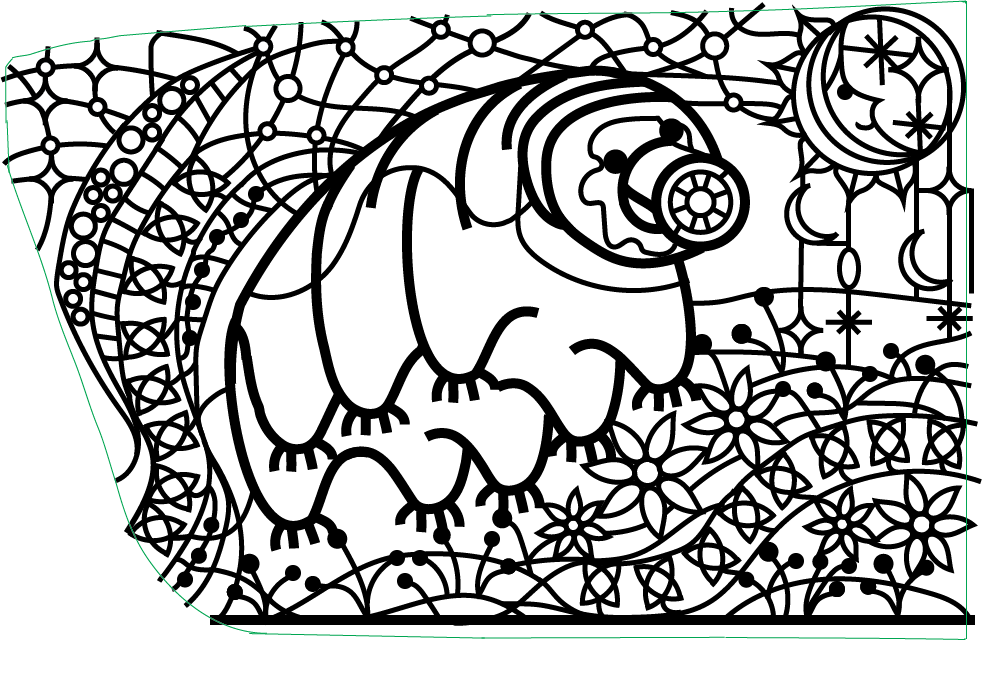 These tiny eight-legged creatures are not only adorable, but also ridiculously tough. They can survive almost anything!

Tardigrades are tiny creatures–usually about ½ millimeter long–so you can see them as tiny specks with your eyes, and as slow-moving mostly transparent little guys with a light microscope. The best photos, the ones that show their strange snout and adorable claws, are with an electron microsope. They are often called water bears or moss piglets. 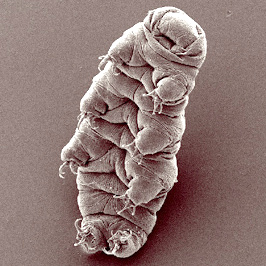 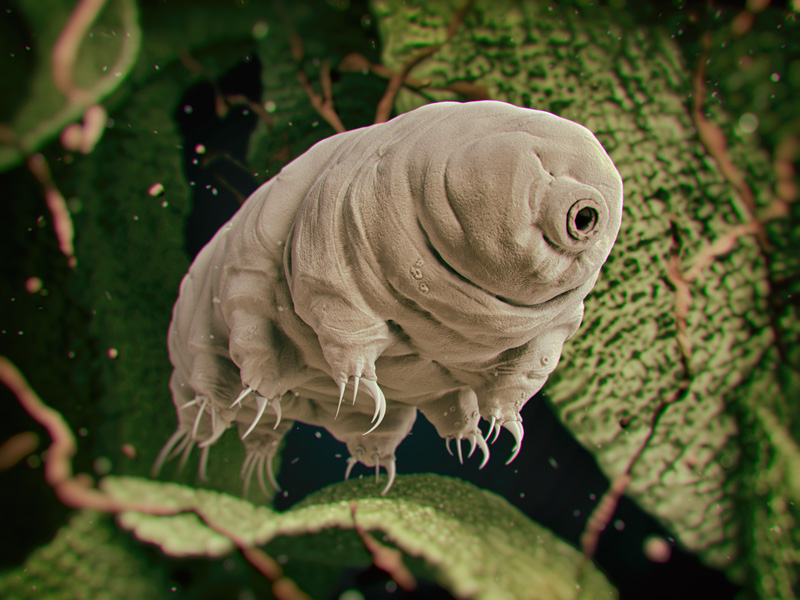 How Tough are Tardigrades? 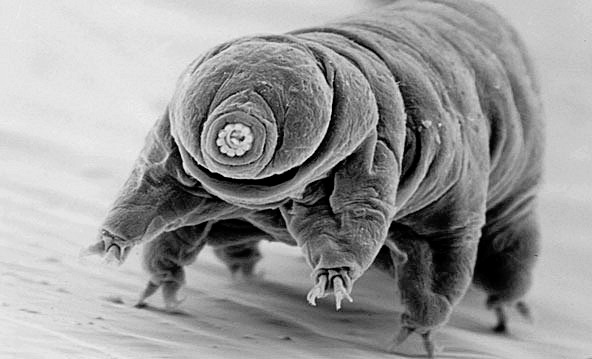 Tardigrades on the Moon

How to Find Water Bears

Designing the Water Bear Maze in 2020

Designing this year’s maze was a little tough (as are many things in the time of the pandemic.) As I worked on the design in May, it was hard to look ahead to the fall (would we even be able to open?) but I knew that no matter what happened, we needed our maze to be an island of happiness in our current sea of uncertainty.

I’d initially planned to do a wolf: possibly a variation of Little Red Riding Hood, or various depictions of wolves in stories and real life (Colorado is having a referendum this November on re-introducing wolves to the state, so that would be interesting to talk about.) But in the (relatively) dark days of the initial coronavirus lockdown, wolves just didn’t feel right. I found myself wishing that we hadn’t done a unicorn already–we could use some Rainbows, Kittens, and Killer Baby Unicorns right now. I found myself googling things like cutest things in the world/adorable animals/happy things/happiness/hope, just fishing around for some ideas.

The most resilient animal on the planet–I think I stumbled upon the idea to do a tardigrade pretty early on, but I rejected it for a long time. As a huge nerd, I’d seen water bears at an event at the Wisconsin Institute for Discovery, and I thought they were fascinating and amazing and exactly what we needed: tiny, adorable, unbelievable tough. The only problem was that most people–like probably 98%, give or take–have never heard of water bears, and wouldn’t recognize what the maze design was.

However, after a few weeks of more random googling and thinking, I realized that we had to do a water bear maze. The MOST RESILIENT ANIMAL ON THE PLANET. How could we not do a water bear?

So, for everyone who’s been squinting at the photo of the maze, trying to figure out what it is, ultimately wondering if I knew that teddy bears don’t have eight legs, sorry for the confusion. I’ve included a some info and a few links to water bear sites. But my real hope is that we’ll be inspired by the tiny survival champions, and that maybe we humans will work hard and help each other to stay on the short list of Most Resilient Animals on the Planet.